Entertaining Demons by Daniel I Russell 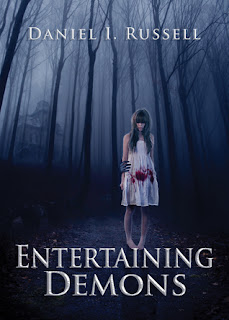 Wow this was one helluva read! This is a tale about demons messing with man kind but with a twist. I've recently read Unclean Spirits by Chuck Wendig and this book is strangely similar.

Half of this story is about a young girl on the cusp of womanhood trying to figure out her life and who she is, the other half is crazy demons trying to possess her! Her house is so haunted a TV show PI:Paranormal Investigations has set up surveillance in her house and made her an international reality TV star. Sure her and her beloved grandpa are making loads of money but it's coming at the expense of her feeling alienated from her friends and the sort of life a teenage girl should be living.

It's revealed that the ghost is only after Molly,  except it's not a relatively benign ghost going by the name of old Bill but an ancient immortal demon coming to claim Molly when she turns sixteen?
Can Samuel a paranormal expert who's presenting the show do enough to save her from the demon's evil clutches?

I have to admit that this tale isn't usually something I'd go for but I like to read a bit of everything and this was certainly a good read. This tale is really frightening in places and will make you think twice about shadows in your home. It's an interesting read that will make you question society and where we're heading.

There's some really gory moments in this book and Daniel I Russell does a really good job of creating baddies you'll come to loathe. These demons are despicable creatures, in some places throughout this book their deeds are so dark it makes for uncomfortable reading.

It's easy to feel for Molly she has no friends and has no control over her life other than being able to pay for her mother's healthcare the only reason why she agreed to be filmed. I really liked her character development she gets a bit kick ass in the end but will it be enough.

The ending was unexpected and really chilling! 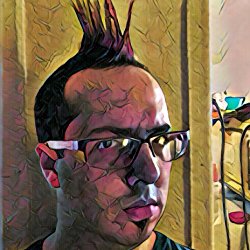 Daniel I. Russell has been featured publications such as The Zombie Feed, Pseudopod and Andromeda Spaceways Inflight Magazine. Author of Samhane, Come Into Darkness, Critique, Mother's Boys, The Collector, Retard, Tricks, Mischief and Mayhem, and his latest novel, Entertaining Demons. Daniel lives in Western Australia with his partner and four children, and is currently completing a BA in psychology and counselling.