Should I Avoid Adverbs When Writing?

Adverbs are words employed to modify a verb, adjective or other adverbs.

The adverb is slowly, it is describing how the cat was walking. It described further the verb which was walked.

The cat was particularly ruthless.

Here the adverb particularly is describing the adjective ruthless. 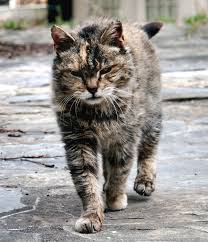 Why should adverbs be avoided in your writing?

Using too many adverbs is generally considered lazy writing. Excessive use of adverbs tells your story rather than tell. This is something to be avoided at all costs.

The killer entered the house silently.

Sounds alright, but it could be a lot better.

The killer. without any betrayal of noise gained access to the house.

It's also important to not use unnecessary adverbs

She quickly raced away from the seriously annoyed elf.

She quickly  raced away from the seriously annoyed elf.

No one races slowly unless they're a tortoise, and no one is ever happily annoyed. The removal of these adverbs have no effect on the meaning of the sentence and so are not really needed.

If we return to the sentences used to define adverbs at the top of this article, you can see they are unnecessary.

The cat was particularly ruthless.

How to avoid adverbs in your writing?

I think we're all guilty of using unnecessary adverbs as illustrated above. When editing your work these should be the first to go. Adverbs can really slow down the pace of your story which is bad news if you want to keep your readers entertained. This should be your prime motivation when writing, if your readers aren't entertained they won't read your work.

Next time you're editing your work, try removing all your adverbs and if the meaning of the sentence is still intact, maybe it's a good thing to leave them out.

However adverbs are there for a reason so do use them. They are useful in telling the reader how a particular action was done and the way in which it was done.