A clause is a group of words that usually contain a verb and other components. Clauses can form sentences on their own or with other clauses in a compound sentence.

A restrictive clause provides essential information about a preceding noun within its sentence structure. Without the presence of the restrictive or defining relative clause.

In the above sentence, the mermaid is the restrictive clause.

The mermaid whose hair was always wet, gave the pirates incorrect directions to Atlantis.

In this sentence the non-restrictive clause was - whose hair was always wet . It is simply additional information that is not crucial to the meaning of the sentence. 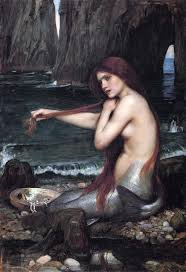