What Are The Types of Short Stories You Shouldn't Be Writing?

It's very hard to start out as a writer, you need your stories to be highly original so that they will stand out and be memorable to editors. But how can you be sure that what your writing is original and not over done?


Whilst researching short fiction markets for my page - Short Dark Fiction Markets - I came across a very useful list of short stories that have been over done. This page comes from Strange Horizons who have complied a very detailed list of the types of stories they are sick of. They have also very kindly allowed for their list to be shared.

Strange Horizons is a weekly magazine that specialises in speculative fiction and non fiction. They welcome short stories which feature science fiction, fantasy, horror and slipstream. This is a great magazine to be published in as some of their featured stories have been nominated or won various awards such as the Hugo, Nebula, and World Fantasy Awards. 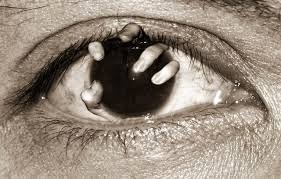 (List last updated 10 March 2012)
For information about what we're looking for and how to submit, see our main fiction guidelines page.
The following list is an attempt at classifying the kinds of non-horror plots and themes that we've received too frequently. We have a separate page for horror stories we've seen too often.
Main plot types are numbered; subspecies and variants receive letters.
This is not a canonical list of bad stories or story cliches. This is a list of types of stories that we at SH have seen too often; it's not intended to be a complete list of all types of bad stories, nor are all the items on the list necessarily bad.
We often receive stories that match items on this list but that have cover letters saying "This matches something on your list, but I've done something new and unique and different with it." Such stories almost always turn out to be very similar to other stories we've seen. If your story is a close match to one or more items on this list (especially if it's a close enough match that you feel the need to include a cover-letter disclaimer), you may want to consult some friends who are well-read in the genre before deciding that it's probably different from what we see all the time. (And by the way, we often don't read cover letters until after we've read the story.)
One more thing: We know it's tempting to look at this list as a challenge. Please don't. In particular, please don't send us stories that intentionally incorporate one or more of these items.
Note to bloggers and other potential reprinters: See end of page for reprint guidelines.
Here's the list: