I thought it was a struggle to find magazines to submit short stories to and have recently discovered it's even harder to find publishers to submit to with novels and novellas.

I thought that once I'd finished writing my first book the hard work would be over, but really it's just begun...

Many well known publishers no longer accept unsolicited manuscripts. This means you need an agent to be able to be considered, and let me tell you finding a good agent is just as hard as getting published.

But there is some good news. Thankfully there are many independent publishers out there in the world wide web who will accept unsolicited submissions through periods of open submissions. Even some of the really big names accept direct submissions from time to time such as Gollancz so keep your eyes peeled.

To help you save time I have compiled a list of publishers who will accept direct submissions. At the time of writing not all of these publishers were conducting open submissions so you will need to check constantly.

Many of these publishers have newsletters you can sign up to free of charge which will make it easier to see when they are holding open submission periods.

Whilst researching publishers who accept direct submissions I also came across some rather alarming posts about some of the below publishers from their writers who claim to have not been paid their royalties and other bad business practises. I have not named them as the posts I came across were based on personal opinions and accusations.

Therefore if you are considering submitting your manuscripts to these or indeed any other publishers, do your research thoroughly and tread cautiously.

Usually they do not accept unsolicited submissions but do hold open submission periods so keep a look out on their website.

Jo Fletcher books publish science fiction, fantasy and horror and have some pretty big names on their books such as Anne Bishop, Charlaine Harris, Sebastien de Castell and Tom Fletcher

This is the sister company of Sinister Grin Press who publish  fantasy and sci-fi, pulp and all fictions not horror related.

"To provide readers with high quality speculative fiction novels, novellas, and anthologies while going above and beyond to promote and nuture our greatest resources, the author and their work."

Nightscape Press founded by Robert S.Wilson and Mark C.Scioneaux has been up and running since 2012 and are best known for their popular anthology Horror for Good

Established in 2004, Permuted Press have published over 400 titles of sci-fi, fantasy, horror and post apocalyptic horror.

PS Publishing is a UK based publisher who specialise in science fiction, fantasy  and horror. Launched in 1999 they have since published 260 titles ranging from novels, novellas, collections and non-fiction. Not only that but they have also won six British Fantasy Awards for Best Small Press, a World Fantasy Award and the International Horror Guild Award.

Publishers of "curious tales of the macabre and twisted," Shock Totem Press was founded in 2008 by K.Allen Wood and specialises in dark fantasy and horror. They publish a magazine also called Shock Totem

"Horror that'll carve a smile on your face."

Sinister Grin Press are a fairly new but have built up a trusty brand for great horror. They have published many novels, novellas and short story collections. They also have a sister publishing company Mirror Matter Press who publish fantasy and sci-fi.

Like Gollancz this is another giant in the field of fantasy and science fiction. They also conduct regular open direct submission periods so do check their website.

"Twelfth Planet Press has several objectives:
• to provide opportunities for female writers by publishing and showcasing new work;• to advocate for fiction written for, by and about women;• to raise the awareness of women’s voices in science fiction, fantasy, horror and recently, crime; and• to showcase and demonstrate the depth and breadth of Australian fiction to a broader audience.
• to publish fresh, original, well-written work that seeks to interrogate, commentate, inspire or provoke thought;"

Unsung Stories are a UK based publishing company that specialises in "literary and ambitious speculative fiction." They are also interested in sci-fi, fantasy and horror 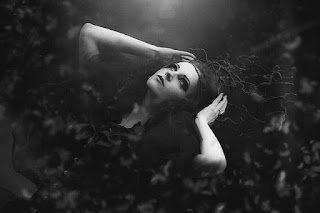