The Kraken Sea by E.Katherine Tobler

It's not often I come across a story this strange but I'm very glad I did. The Kraken Sea is a novella about a young orphan boy,Jackson, who is taken in by a affluent and mysterious woman, Cressida aka The Widow. She gives him a home in an exclusive area of San Francisco and is put to work serving her. 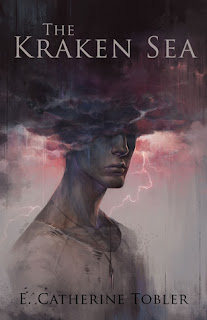 But Jackson is no ordinary boy, as this is no ordinary tale. When he grows angry he mutates into a monster with slithering tentacles for hands and feet. He keeps this side of him hidden as he longs to be normal and human.

People keep clear of him, all apart from Mae, a young girl from a rival family just north of The Widow's sphere of influence and control. Like him, she also seems to have dark powers lurking just beneath the skin.

Mae and Jackson are rivals who should be tearing each other apart but they are hopelessly drawn to one another. Mae exerts a curiosity on Jackson that nothing else can in this strange alien world he finds himself in.

E.Katherine Tobler has a really beautiful way of writing which is really captivating in showing us the strange world in which Jackson finds himself. It is a world like no other. (It would make an amazing film!)  This is a tale of mystery and mythology that I really enjoyed. It's one of those books that are very hard to describe because it has a real dreamlike quality to it where nothing is what it seems and fate can change very quickly. I loved the relationship between Mae and Jackson and how it progressed both very sweet and dark. I would have liked to have seen more of Cressida, I felt very drawn to her and would have liked to have seen more of her. I'm not quite sure she reached her potential, but despite that this is a very enjoyable book that I would recommend to others. 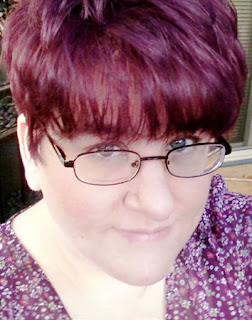 E. Catherine Tobler has written an awful lot of things. Her short fiction has been nominated for the Sturgeon Award. She is the senior fiction editor at Shimmer Magazine.