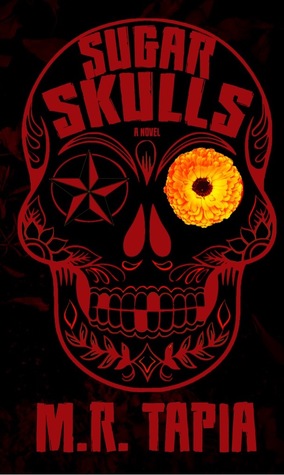 "Life is a matter of death. Death is a matter of fact.""Micah DeAtta learns this as he awakens with Death seated across from him, whetting his sickle. Micah has no choice but to converse with Death in order to figure out his own demise. As their conversations become a battle of wits, Micah is forced to relive prominent deaths of family and friends before learning of his own. Each death happens in real time, each correlating with the nine levels of the Aztec underworld. Before it is said and done, Micah will have been forced to face his fears, his losses, and the fact that although life may be too short, death is forever."

I was really suprised by this book. I've read many stories by the excellent M.R.Tapia and was expecting some hardcore horror! But this is very different, yes there are elements of horror but it is extremely thought provoking and really interesting.

I've always been fascinated with what happens to us after we pass on. I like to think there will be something more but the thought of there being an eternal afterlife scares the shit out of me! What if it's a bad one and you'll have to endure it forevermore? Eeeek!

This was a really well written and fascinating book about Mictlan, the Aztec underworld which has nine levels a departed soul must travel through to reach their afterlife. It's a very honest portrayal of Micah having to look back on his life and really examine it, peel back the gloss to find an ugly reality behind. It's very cleverly done as it also forces us as the reader to do the same to ourselves.

It's scary as this is a fate that awaits us all! That one day we will all be forced to look back on our lives as we near the end which is truly the stuff of nightmares! 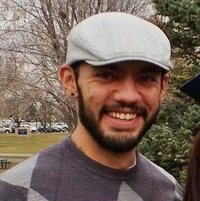 M.R. Tapia is the author of 'Sugar Skulls' and 'The Die-Fi Experiment'. His short stories have appeared in various publications including Schlock Webzine, Deadman’s Tome 'Monsters Exist', Empty Sink Publishing, and Hindered Souls: Dark Tales for Dark Nights. His short story, ‘Stella Reign’ is a 2016 Pushcart Prize nominee. He writes and operates Hindered Souls Press out of Northern Colorado.