How to Avoid Using Dialogue Tags in Your Writing

Recently I wrote a post about why us writers should omit certain words from our writing if we want to progress in our craft. (Read it here)

It really opened my eyes and should me so many ways of how I could improve my writing.

One of the tips I came across courtesy of Professor Google was that writers should also avoid using dialogue tags.

To me this sounded like madness but the more I looked into the matter the more it made sense.

Using excessive dialogue tags can really slow the pacing of your story. Quite frankly I find dialogue tags really boring to write so readers must find them as equally dull to read.

By getting creative with your dialogue tags you can use conversations more effectively to improve characterisation by employing unique mannerisms and conveying the tone of the conversation through your characters actions. 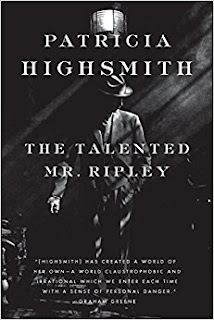 Here's an example taken From the Talented Mr Ripley by Patricia Highsmith.


"Isn't it awful! It's getting a little better now, but when Mr Greenleaf arrived the papers were at their worst. Oh thanks!" She accepted the martinis gracefully.
"How is he?"
Marge shook her head. "I feel so sorry for him. He keeps saying the American police could do a better job and all that, and he doesn't know any Italian, so that makes it twice as bad."
"What's he doing in Rome?"
"Waiting. What can any of us do? I've postponed my boat again. -Mr Greenleaf and I went to Mongibello, and I questioned everyone there, mostly for Mr Greenleaf's benefit, of course, but they can't tell us anything. Dickie hasn't been back there since November."
"No." Tom sipped his martini thoughfully. Marge was being optimistic.


Here, you'll see that no dialogue tags were used. Actions were used in places such as "She accepted the martinis gracefully," or "Marge shook her head."

These actions also give us insight into her frame of mind, that she is not overly worried by Dickie's disappearance as she is relaxed enough to drink martinis with her friend Tom, and also through the employment of her engaging in casual unhurried conversation.

By using the statement, "Tom sipped his martini carefully," we are allowed insight that Tom is not of the same opinion of Marge. He thinks she was, "being optimistic". It suggests that he knows something she does not and is not willing to enlighten her.

It's clever that by having the characters drinking martinis rather that let's say, tap water, the writer is suggesting these people are wealthy which gives us extra insight to the character's social standing. 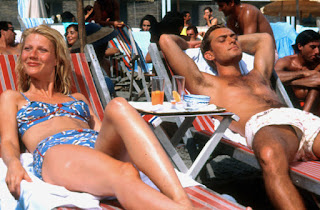 It's okay to use a few, but if the conversation only has two participants it becomes fairly easy to establish who is talking preventing the need for tags.

For example there are lots of little tricks such as having a character speak another characters name.

"How are you Marge?"
"I'm doing much better, thanks Tom."


One thing to bear in mind when using dialogue tags, is that if you have to use them, just use the tag said and never add adverbs to these. You should convey the characters emotion through other means such as their dialogue and physical actions.

With red eyes and furtive eyes Marge ran straight up to Tom as soon as she saw him enter the hallway. She grabbed him hard by both shoulders. "Dickie is missing."

I'm not saying this is a perfect sentence but here I've (attempted) to illustrate Marge's nervous state by implying she has been crying and that her frantic movements indicate she is in great haste to find Dickie. What's most important is that I didn't need any dialogue tags in the second sentence.