How to Create Characters

It's your characters that makes your books truly memorable. It is them alone who really bring your tales to life.

Which is why characterisation is so important.

It's the essence of the characters that the readers take away once they've finished reading. Look at J.K.Rowling's Harry Potter series. Why is it so successful and deeply loved by millions worldwide? Because it's jam packed with great characters, even the small secondary characters such as Dobby the house elf, Luna  Lovegood and Professor McGonagall have their fully formed personalities.

So how can you create a great character?

Characterization is often overlooked so don't make that mistake. Take the time to really get to know your characters and they'll end up writing the story for you.

There are many different methods of characterisation. I personally find it quite helpful to form a strong mental image of what the character looks like. You can use it by basing their appearance on someone well known or a friend. For me it really helps by bringing them to life and allowing me to be able to visualise them as the story unfolds.

Everyone is quirky, we're all weird in our own little way. So  give your character a few quirky habits that makes them different from everyone else. Giving your character quirks can also help with plotting. I think if you have great characters they'll help you to make a great plot and story arc.

Creating character profiles are so much fun and allow you to really get to know your characters. If you want to get really creative you can even create your own. I've included a link to an article How to Create a Character Profile written by The Lazy Scholar and featured in The Internet Writing Journal in 1998. This is a great article on characterisation and also includes an amazing character profile you can use to get started. 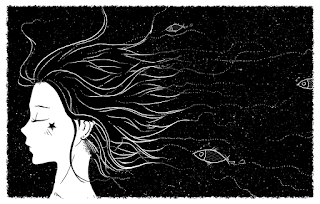 The Lazy Scholar's character profile covers all aspects of characterisation from your character's physical appearance, their emotional characteristics, their background and their relation to the story and other characters.

By using a character profile you'll learn everything you need to know about your character and it's a process that is thoroughly enjoyable.